The Mariners are making a to-do about their 40th anniversary season, which they are certainly entitled to do. T-shirts, hats and baby clothes must be sold, Ken Griffey Jr.’s 1995 slide must be re-played, and reunions must be made, or forced.

Imagine getting together Ruppert Jones, Harold Reynolds, Mark McLemore and Willie Bloomquist all at the same time — and don’t tell me you haven’t thought about it. Since their careers were parts of the Mariners’ four decades, the club asked the former players to throw out four ceremonial first pitches at the home opener April 10.

The tosses will be caught by four club Hall of Famers: Alvin Davis, Edgar Martinez, Jamie Moyer and Dan Wilson. All well and good.

But it’s not exactly like getting ABBA together for a reunion tour. Or, maybe it is.

Anyway, I was trying to think of what kind of celebration would be appropriate for a team that has four playoff appearances, none reaching the World Series, in 40 years, and I couldn’t think of a better one.

I suppose they could have a nice display case showing the terms of settlement in the 1972 lawsuit won by the state against MLB over the loss of the Seattle Pilots, which five years later birthed the Mariners. But unless it’s the Declaration of Independence, legal documents don’t exactly set Twitter afire.

Then I thought about the gents in the opposing dugout.

Not only because the Astros will help open Seattle’s home season, but they are also hosting the Mariners Monday night in Houston (5:10 p.m., Root) in the season opener for both clubs.

They will play each other seven times in the season’s first 10 games. That is probably not unique, and not likely decisive, but it is a bit odd. Even odder is the fact that much of the preseason punditry has the Astros and Mariners 1-2 in the American League West.

In fact, baseball’s best analytics site, fangraphs.com, has estimated that the Mariners and Astros are two of the AL’s top five teams. They polled 53 contributors to the site to rank each league and came up with this nifty chart that compiles the votes for American League division winners and wild-card teams. As you can see, Houston is a big favorite to win the West and the Mariners have enough votes to rank fifth, earning the second wild card: 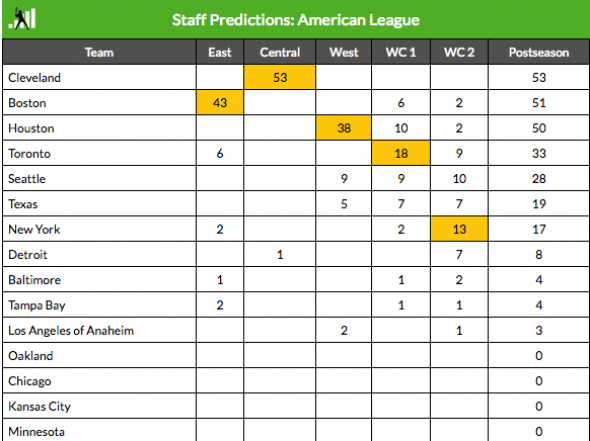 For two teams forever on the curb while the party goes on in the frat, this is heady stuff. Now that the Cubs have shed their various curses, a case can be made that few tandems of teams have more long-term combined pathos than the Astros and Mariners.

Consider: A combined 95 major league seasons between them, and one World Series appearance.

The big year was 2005, when the Astros were swept by the Chicago White Sox in what may have been the most forgettable Fall Classic in the 21st century.

The teams are on the verge of going for a combined century without winning a World Series game.

So, yeah, some of these anniversary celebrations are a little shy on fizz in the champagne.

Since this is only the fifth season of residence in the AL West for the Astros, Mariners fans may not be fully acquainted with the hysterical, historical and parallel lamentations of their division mates.

Formed in 1962 and tastelessly named after a gun, the Colt .45s, the expansionists became the Astros in 1965 and did not win a post-season series until 2004. From Kennedy to  George W. Bush — nada.

But it took the Astros a mere 13 years to get to a winning season. The Mariners took 15.

After their 2005 Series appearance, the Astros had three more winning seasons but no playoffs, then fell into despair sufficient to revive their old nickname, Lastros. Over the next six seasons, they averaged 64 wins, with a low of 51 and a high of 70. They were even booted from the NL West, though relatively few seemed to notice.

After the Mariners’ 2001 dreamtime of 116 wins, they had two more winning seasons before they too, disintegrated, producing losers in eight of the next 10 years.

Born 15 years apart but twinned in pathos, the Astros and Mariners have climbed to the upper reaches of the great mediocre middle of MLB. While this has not caused any great disturbance in the space-time continuum, it did prompt the teams to do things that say, “This is it,” regarding 2017.

After years of nurturing high draft picks awarded for their failures, Astros management broke form to sign OF/DH Carlos Beltran, who turns 40 this month, and RF Josh Reddick, 30, in free agency, and traded with the Yankees for C Brian McCann, 32.

Similarly, the Mariners gave up on two potential high-upside youngsters, RHP Taijuan Walker and SS Ketel Marte, to get SS Jean Segura, 27, and a late-blooming rookie RF, Mitch Haniger, 26, who had an outstanding spring (.395/.439/.645).

Both teams’ starting rotations have storm flags fluttering, but the conversation here is not yet about championships. It is about the absence of forlornness, which both franchises have had in abundance.

For the Mariners, that is why it is hard to come up with a 40th anniversary theme that avoids producing snickers. It is best to offer the past a quick salute for time served, then focus on getting ahead of the Astros in April. A similarly modest goal seems likely for the Astros.

Ninety-five years without reward is a mountain not scaled in a season. 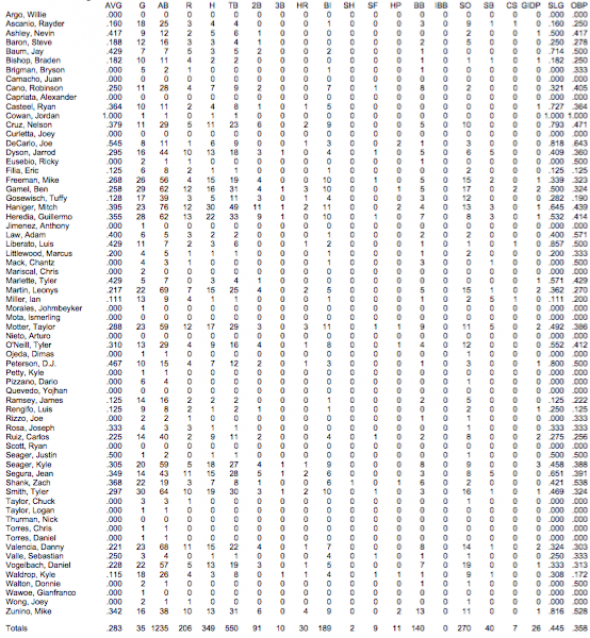 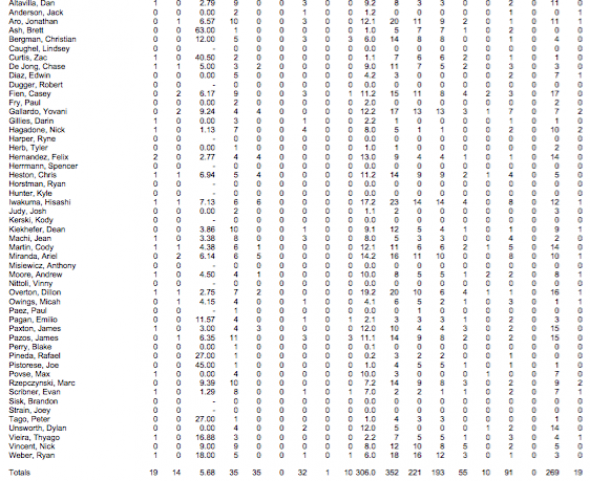