TACOMA — The Class AAA Pacific Coast League – ahem, The Pacific Coast  — has three baseball teams east of the Mississippi River, none in Canada and only the Tacoma Rainiers representing the four-state region of Washington, Oregon, Idaho and Montana.

Do not expose your children to geography by baseball, for they will whimper and fidget. But do take them to Tacoma’s Cheney Stadium, where they will giggle, gawk and gorge.

If you haven’t been since the 2011 remodel, or since more cool stuff was added the past two seasons, you can glimpse it at 6 p.m. Wednesday on MLB Network‘s telecast of the Minor League All-Star Game, PCL vs. International League. Cheney Stadium is cool.

After the 2015 U.S. Open golf tournament was held nearby at Chambers Bay, Tacoma is getting another national sports close-up. Hosting the All-Star Game is a first for the franchise that began in 1960 as the Tacoma Giants, womb for the great San Francisco Giants teams whose stars Juan Marchial, Willie McCovey and the Alou brothers passed through the City of Destiny.

Not only is Tacoma the longest-tenured team in the PCL, as well as its smallest market, it has perhaps the most to gain from hosting the showcase for the first time in the franchise’s  57 years.

“People 10 years ago would have laughed at Tacoma getting the bid,” said Aaron Artman, club president since 2007, before T-Town ball was cool. “Too small a market, the park was in bad shape. This event is a huge thank you to the people here. We’re letting (baseball fans nationally) know it’s the longest-running PCL team and it’s not going anywhere.

“Tacoma is on such a surge in the last couple of years. My favorite thing about Tacoma, and I’ve never lived in a city like this, is you go into Hank’s Corner Bar, you got people with 28 million tattoos and guys dressed like me (a middle-class businessman). It’s the least homogeneous place, where people still get along, that I’ve ever seen. I hope it never loses that as it grows.”

A guy who is neither tatted up nor buttoned down could not be more proud. Growing up in University Place, a McCovey home run from Cheney, Mikal Thomsen went to the stadium’s first game. Later he went to Curtis High School, Washington State University and, via the McCaw Cellular telecommunications empire of the 1980s and 1990s – McCaw sold to AT&T in 1994 for $16 billion — joined the one percent. 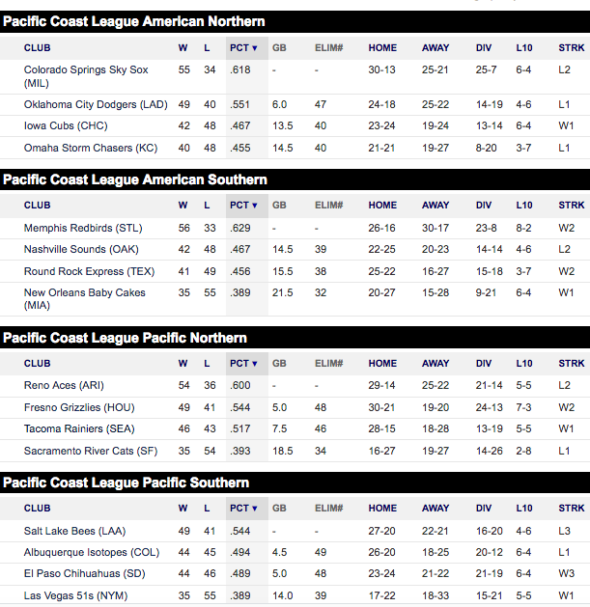 The city likely could not have found a better partner than native Thomsen, a passionate baseball fan who savors the notion of local guys remembering from whence they came. All in the ownership group either come from Tacoma or have spent considerable time in town.

“I may be stripped of my credentials for this, but I used to go down to Chambers Bay when nothing was there and shoot BB guns and catch lizards,” he said. His T-Town bona fides are safe; he probably still has scratches from blackberry vines and sneezes from scotchbroom.

Thomsen and Stanton, a graduate of Bellevue’s Newport High School and Whitman College in Walla Walla, have been friends since 1980. They still work together at Trilogy International Partners in Bellevue, a global investor in wireless communication companies.

They also play together. They have sons of similar ages and coached them through Little League. After Stanton bought John McCaw’s 10 percent share of the Mariners in 2000, he and Thomsen bought minority shares in the Sonics when Howard Schultz purchased the team from Barry Ackerley. In 2010, the tandem bought shares in the Walla Walla Sweets of the West Coast League, a wood-bat league of senior collegians.

“It may be unique in organized baseball,” he said, “that the CEO of the major league team has an office two doors down from the CEO of the AAA farm club.”

Proximity obviously extends to the teams. The 35 miles between Seattle and Tacoma has always been blessing and curse. The shadow of the MLB Mariners, who became the parent club in 1995, will always hinder the Rainiers — Tacoma’s 2017 average attendance of 4,852 is 12th among the PCL’s 16 teams — as will Puget Sound’s damp, cool springs, but Artman said the club has been in the black every year since 2008.

The convenience for minor league callups is unsurpassed, especially given Mariners general manager Jerry Dipoto’s frenzied pace of personnel exchanges. But given the increasing nightmare that is I-5, flights from the East Coast soon may be little worse.

“A lot of people in the sport think we’re the biggest market because Seattle’s so close,” said Artman, a University of Oregon grad and a reformed sportswriter. “But it’s a relatively small market. We draw from Tacoma — and not all of it — Puyallup and Gig Harbor, up to Southcenter and down to Olympia, but that’s only about 300,000 people.

“This is a group-hospitality market, some season tickets, and walk-ups have been way better than it ever was. On weekends past April, it’s hard to get a ticket. Weeknights are starting to fill in.”

When Artman took over, the sales staff was four and the front office had 10 people. Now it’s 16 and 35. Over the past couple of seasons, the owners have spent about $2.5 million in fan amenities, including a rectangular fire pit along the left field party deck, and a kids playground that includes a whiffle-ball field. The latter has been such a hit that the Metropolitan Park District operates it on non-game days.

Asked to rate old Cheney and new Cheney on a scale from one to 10, Artman said, “I wouldn’t go down to a one for the old park, because I think some fans felt well taken care of. Maybe it was a four. Now it’s a 10, and we want to keep it there. If you don’t do new things, it becomes a nine, then in three years it’s an eight. In 20 years, it’s a four.

“People expect things to change and get better here.”

He’s come to understand that Tacomans will let him know, good or bad.

“There’s no apathy in Tacoma; this is not a passive-aggressive Northwest place,” he said. “I had 85-year-old woman telling me I was crazy (for taking the job), the hot dogs were horrible, what was I thinking coming here, because I’d be gone in no time. The last guy was better.

“Now that (attitude) has migrated to being open about in-game entertainment, the hot dogs, the whole experience. I walk through the seating bowl and I get stopped seven times, I hope five of them are good. People aren’t scared to tell you the bad.

“My point: If we started doing things right, people would care.”

Despite crappy spring weather and no rivals — the closest teams are in Sacramento, Reno and Salt Lake —  Tacoma is the longest-running act in the distended PCL, and more than ready for another close-up bet. It’s not a cornfield in Iowa, but Iowa doesn’t have a 14,000-foot mountain during the game swapping out white to pink to blue.  It’s a 10.