Mariners to start 2018 with night game at Safeco

The Mariners’ first game of the 2018 season will be on a chilly Thursday night in March.

The 7:10 p.m. first pitch on Opening Night March 29 at Safeco Field will be against the Cleveland Indians, according to MLB’s release Wednesday of the schedule of start times. After a day off Friday, the teams complete the series with day games Saturday and Sunday, both with 1:10 p.m. starts.

Seattle’s updated schedule also includes a change to the start of the Aug. 18 game at Safeco Field against the Los Angeles Dodgers. First pitch is now slated for 7:10 p.m. The 2018 regular season will end Sept. 30, the final day of a three-game series with AL West rival Texas at Safeco Field. 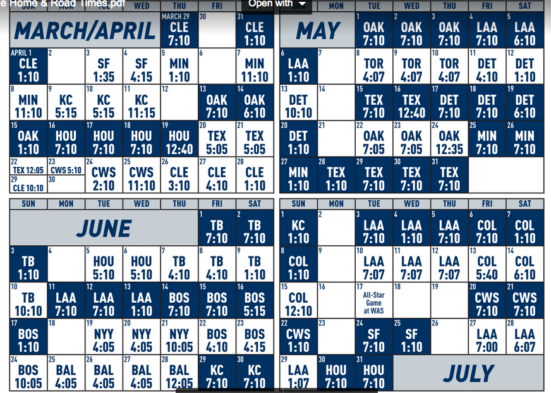 Signing of Ray wakes echoes of Cano, but Mariners are different