Thiel: Early ouster in ’18 a help for Sounders

One of the more dubious customs of Major League Soccer has been the length of the season, roughly the equivalent of three Russian winters. Moments after the final goal is scored in the MLS Cup, teams load equipment trucks and head south for next season’s training.

The Sounders in November devised a workaround: Lose in the conference semifinals. Yes, a bit of a bad look. But after a pair of maximum seasons that reached consecutive MLS Cups, getting a few days away is working out OK.

“We had three months off,” general manager Garth Lagerway said Thursday. “It felt like an eternity after the six-week off-seasons we got used to.”

Title-chasing teams don’t like to talk about negative consequences, because it sounds like a crappy excuse. But the fact is that at least a part of the Sounders’ horrid starts the past two seasons were from mental exhaustion that followed seemingly endless seasons, no matter the successes.

It’s not just MLS. Seahawks fans might remember that the Super Bowl win after the 2013 season was followed in 2014 by a 3-3 start. They fired up to get back to the Super Bowl, but the margin for error in team sports shrinks greatly after tepid starts.

“It’s been a grueling last three years,” goalie Stefan Frei said after practice at the Clink Thursday ahead of the Sounders’ 10th anniversary season opener at 7 p.m. Saturday against expansion FC Cincinnati (FS1). “Speaking for myself, I feel mentally rested. It’s been really nice to just shut off and get away from the team. Get away from soccer.

“That’s really important. Go out and do your own thing. My art helps me balance out. Go on vacation spend time with the family, then get really excited about working your butt off in the gym. Get excited about getting back on the field.

“I think our attention to detail is very high right now. It’s really great to have that feeling back.”

League officials finally came around to agree with the laments of players and fans who began seasons as youngsters and ended as oldsters. For 2019 and beyond, the league re-did the regular season and playoff calendars to move up the MLS Cup date to Nov. 10, thus avoiding the Nov. 11-19 FIFA international fixture window that annually brought to a dead halt a playoff season that should be drawing peak interest.

Gone is the dreaded two-legged playoff series and the more dreaded away-goal tiebreaker. The full explanation of changes can be found here, but the upshot is a calendar that no longer nearly matches a full orbit of the sun by the earth.

Coach Brian Schmetzer has another angle on the virtues of the shortened season of 2018.

“It’s almost like they’re a little hungrier — they’re upset that we lost in the playoffs at home to the arch-rival,” he said of the ouster at the hands of the Portland Timbers. “Had we gotten past Portland, we had as good a shot as anyone.

“I thought the team at the end of last year (15-2-2 over the final 19 games) was playing at an extremely high level. That (long) off-season is almost feeding the hunger.”

The Sounders also have another reason to expect a more robust start — Jordan Morris is back. It’s nearly like adding a designated player at the beginning of the season to an already strong lineup.

A year ago in a Champions League match, the Mercer Island native and one of the USMNT’s premier youngsters tore his ACL and missed the season. That followed an absence of 10 games in 2017 due to a hamstring strain. But after a pro career that has had almost as much rehab as action, he claims good health and a better outlook.

“It was definitely some really tough times in the last 18 months with injuries, because I couldn’t do what I love,” he said. “The tough part was mental. Having to come to training every day (and rehab), then go up in the stands and watch, was pretty draining. The physical component is hard, but you push through. The mental part was really tough.

“You come out the other side with a new appreciation for the chance I get to be a professional soccer player. I have kind of a new attitude and outlook. I realize how special it is, especially in my hometown.”

In the final exhibition game, he subbed in the 58th minute and looked dangerously close to normal.

“Speed is a big part of my game,” he said. “Throughout my recovery, I felt my speed was pretty much the same as it was before my injury. Endurance takes a while, but I’m not too worried. It’ll come.”

Good of MLS to tighten the season for him. And for everyone. 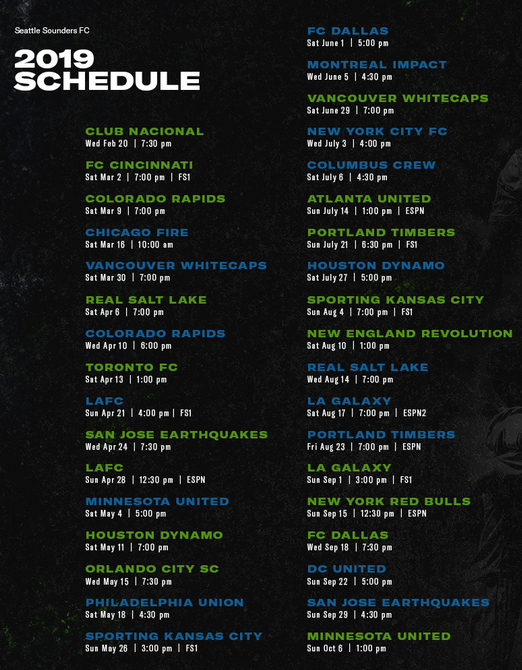