Besides Russell Wilson, Seahawks drama also surrounds LB L.J. Wright and whether the pending free agent will return to Seattle for an 11th season, after what was arguably his best year as a pro.

His play was deemed sufficiently worthy in 2020 to earn the popular vote for the Men’s Sports Award presented Saturday night at the 86th annual Star of the Year Awards. He’s free to plant the trophy on GM John Schneider’s desk and say, “See?”

“I think this award is truly special,” he said, “because I’ve done really good things on the football field, but I believe this is how much you’re impacting people off the field. That’s something I’ve always tried to do — share my love with everyone around me, trying to bless this community as much as I possibly can.”

Wright was among eight athletes, coaches and teams honored by fans and the Seattle Sports Commission at the nation’s longest-running sports event of its kind, done for the first time virtually, as well as for the first time on local TV (KING5; it was also simulcast on Sports Radio 950 KJR).

The men’s and women’s awards, and the sports story of the year, were selected via online public vote. The other awardw were selected by an SSC committee of team and college executives, business leaders, media members, sports historians and SSC staff.

A fourth-round draft pick in 2011, Wright described himself as “a kid from Mississippi” dazzled by Mt. Rainier and so much water in the view from his first flight to Seattle. He said he fulfilled a life-long dream to last a decade in the NFL.

“This city has really opened my eyes to just so much stuff,” he said. “This place is just truly special. I plan on being here for the rest of my life.”

Which doesn’t necessarily mean Wright, who signed a two-year, $14 million deal in 2019, will be playing here in the fall. The Seahawks face some brutal decisions on who to keep and who let go under a reduced salary cap, thanks to few to no fan fans in stadiums shut down by the pandemic.

Wilson and LB Bobby Wagner  join Wright as the only players remaining from the Super Bowl teams of 2013-14. He’s started 140 of 144 games, has 941 tackles and helped steer the 2020 defense from disaster to respectability. He was the NFL’s only player with 10 or more tackles for loss and 10 or more passes defensed.

The award’s presenter, Wagner, issued a command: “Enjoy this, and come over house so we can celebrate.”

A 5-4 redshirt junior from Auburn Riverside High School, Williams is the leading scorer (15.5 ppg) for the 11-10 Red Hawks, including a career-high 36 against Idaho Dec. 21, as they aim for the Western Athletic Conference tourney March 10 in Las Vegas.

She’s doing it on a left knee that has twice undergone surgery for a torn ACL, and also worked through the death of her father during her junior year in high school.

“(His death) made me really dedicate myself to everything, including academics and basketball, and I know I am making my family name proud,” Williams told the Seattle Times. She had a 4.0 GPA last spring and is expecting to graduate with a degree in psychology this spring.

“There’s so much talent in the Seattle area that often is overlooked,” she said. “I’m so thankful for the Seattle Sports Commission for giving athletes this stage to highlight their skills.”

The pandemic proved no obstacle for the Seattle Storm as they not only survived a 22-game regular season in the “wubble” at the IMG Academy in Bradenton FL., they flourished.

Under interim coach Gary Kloppenburg, the Storm won in September their fourth WNBA championship in the club’s history, and second in three years, with a three-game sweep of the Finals against the Las Vegas Aces. The 92-59 title game win was the largest margin of victory in Finals history.

Breanna Stewart was the unanimous choice for Finals MVP. Only four other players have won two Finals MVP awards. In the playoffs, she averaged 25.7 points, 7.8 rebounds and 4.0 assists.

Stewart missed the 2019 season with an Achilles tendon tear. Also sitting out was Sue Bird, 39, with a knee injury. Both came back with a vengeance to dominate the league.

“The city of Seattle has always had our back,” Stewart said after the game. “We had the utmost support from everybody, and we’re bringing another (title) back.

“I think the greatest challenge was just all the adversity. Everybody bought in. We’re a chill team.”

A 20-year NBA veteran from Rainier Beach High School, and a three-time winner of the NBA’s Sixth Man Award for three different teams, the retired Crawford has donated back to the Seattle youth community in many ways. The most notable is “The Crossover,” a pro-am summer league at Seattle Pacific University that is free, yet draws NBA all-stars such as Kevin Durant and Chris Paul.

A member Bellevue High School’s soccer and lacrosse teams, Esselstrom transitioned from female to male prior to his freshman year at Seattle University, where he became a goalie on the men’s lacrosse team. A serious knee injury required surgery and many months of physical therapy. But he returned for the final game of his sophomore season and helped the Red Hawks to their only victory. His comeback inspired his coach and teammates, and he was named a co-captain for what would have been his junior season until the shutdown.

The 20th anniversary of the Mariners’ incredible 116-win season will evoke fond memories this summer of the iconic manager (1993-2002), whose 1995 team helped save baseball in Seattle. The franchise’s only four postseason appearances were under Piniella, who won three Manager of the Year awards (1995 and 2001 in Seattle) and a World Series in 1990 with Cincinnati. He had a 16-year major league playing career, and was chosen by the Seattle Pilots in the club’s expansion draft in 1968, but traded on April 1, 1969, to Kansas City. 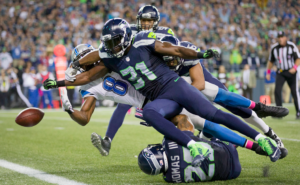 For nearly 30 years, the Seattle Times photographer captured crucial moments in sports history in a single photo better than the thousands of words written by his media colleagues. Rutz is the first photographer to win the award.

Presented in partnership with King County Play Equity Coalition, the recipient is an individual or organization that has served the region by designing and implementing system-level change to engage youth and families historically marginalized from sports.

All Girl Everything Ultimate Program (AGE UP): Southend Ultimate is an organization by and for coaches, players and alumni to strengthen South Seattle youth through the sport of ultimate, particularly for girls. Helps fund coaches, empower future leaders, expand playing opportunities and strengthen community.