In terms of power, pedigree and payroll, the Los Angeles Dodgers are Wall Street, the Seattle Mariners back street. But for two games in April, it was not possible to tell which was which.

Never mind the long haul. For the here and now, the kid-heavy Mariners hung with the defending champs.

“It doesn’t get any better than that lineup,” manager Scott Servais said of the Dodgers. Actually, it does — studs Mookie Betts and Cody Bellinger were out with injuries. But they likely wouldn’t have had better luck against Mariners starter Marco Gonzales.

He gave the healthy all-star lineup two hits and a walk, striking out six over seven innings. His only problem was that the two hits came in the same inning, the third, when Corey Seager singled home A.J. Pollock, who doubled.

Actually, Gonzales had one other problem, not of his making — he was out-pitched.

World Series hero Julio Urias and two relievers allowed the Mariners one hit, an infield roller by Mitch Haniger. For the second time in four games, the Mariners lost 1-0 (box).

“I thought we really stepped up and played great against these guys,” said Gonzales. “They have a great lineup, top to bottom. Those guys can really swing it. It’s a good test.”

Saturday, the test was Houston’s many-time All-Star Zach Greinke, who gave up four singles. Tuesday, Urias, 24, hit his career high of 10 strikeouts by the fifth inning. Against pressure-proof pitchers who make few mistakes, the Seattle kids will struggle, just like veterans.

The relative absence of their own missteps, however, is what allowed the Mariners (11-7) to split two one-run games (they won 4-3 Monday) early in the season with the champs. Hit-saving catches, run-saving throws, a No. 1 starter atop his game and a bullpen that understands and executes on the franchise’s prime directive, controlling the zone.

Among the positives, the bullpen stands out, relative to expectations.

A shutout inning each from Casey Sadler and Kenyan Middleton extended the group’s streak of consecutive innings without an earned run to 24. The 17.1 innings of scorelessness is the longest such team streak in four years. Entering the game, the opponent batting average of .181 was the best in the majors. The relievers also have the lowest slugging percentage and OPS.

None of this was foreseeable in the musical chairs of spring training, when newbies are in a struggle for mound time with holdovers.

“In spring training, sometimes you don’t get a fair read on guys,” Servais said. “They’re working their stuff and they’re building arm strength. I was very optimistic, but there’s still room for improvement. Our free bases are up a little bit. But we have strikeout guys, guys who can throw multiple pitches, and work well together as a group.

“It is absolutely been the key to the kind of the run we’ve had here early in the season. We’re going to lean on those guys heavily going forward.” 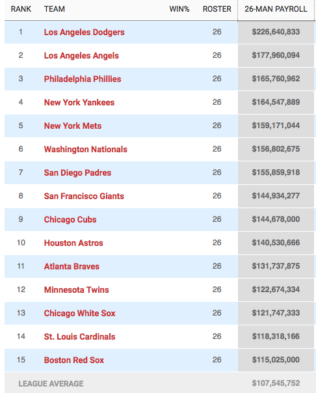 On offense, the Mariners had the schedule fortune of missing the Dodgers’ trio of aces, Clayton Kershaw, Walker Buehler and Trevor Bauer. That means that Urias, tough as he was, is the No. 5 guy in in their rotation.

But Tuesday had the seasonal return to center field of Kyle Lewis, last year’s rookie of year who hurt a knee in spring training. And the kids will get plenty of 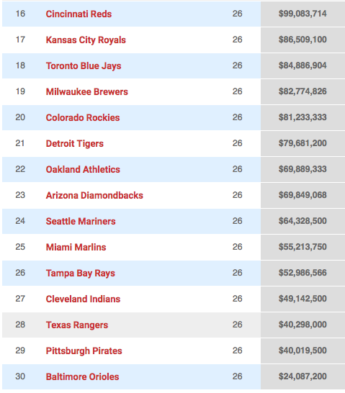 As encouraging to Mariners fans as were the series against Houston and LA, there’s no serious equivalence going on here. Looking on the left at the 26-man payrolls provided by Spotrac April 1, the Dodgers are paying out an astounding $226 million in salaries, leading baseball by a small European principality, while the Mariners payroll is 24th at $64 million.

That’s one of the great business aggravations of baseball: The parties don’t care enough to set a minimum team salary level, like the NFL. So MLB can have a $200 million payroll difference between the Dodgers and Baltimore Orioles. Next time you hear about why baseball is losing market share to other sports, see if that point comes up. Length of games is not the problem.

That’s a glimpse at the bigger picture that is unsolvable here. What seems evident locally is that that the Mariners are no longer playing embarrassing ball, and can compete on most days with the big boys. That suggests that a break-even season is at least on the horizon.

And For a couple of days, hanging out in the castle is a welcome break from cleaning out the stalls.